Sleeping a lot. A LOT. Depression. Chronic Fatigue. Both suck and together they are debilitating.

I saw a cartoon today that made me think of something that happened to me at one of my overseas assignments. Here's the cartoon. 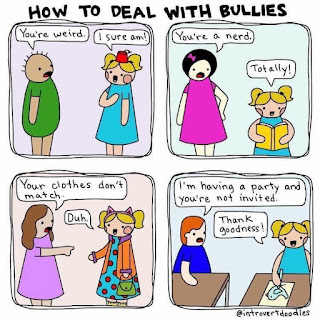 I was first stationed in Germany from 1973 to 1976. I was actually at three different places during that short period. At the middle one - a small site near what was the East/West German border - we shared the site with a small contingency of British soldiers, some of whom were accompanied by their wives.

There were no barracks so all the American soldiers lived "on the economy," which means we lived in German houses and apartments that we rented. When I moved into my little house, I decided to throw a party. I invited everyone - Americans and Brits. I don't remember much about the party - whether I did a good job as host. I want to say that I didn't. (I don't remember food or music, but I remember booze.) But I do remember that a large number of the Brits came and some brought their wives. There was one American. The party lasted a few hours and then everyone went home. In my opinion, it was a great, fun party. I got the impression that the people who attended had a good time, as well.

The next Monday at work, one of my American compatriots asked, in sort of a weird, snide way, how my party had gone. I answered honestly, that it had gone GREAT! That we had a lot of fun. I think I immediately realized that he thought his question was going to hurt me. I realized he knew that almost no Americans showed up, and I think that was the plan. I honestly believe, now, that the American soldiers had decided to not show up hoping that my party would be a huge failure. I'm glad that I was able to respond the way I did. Hopefully I disappointed him (and the others) more than they disappointed me. Those people were bullies, weren't they? Yes. Yes they were.