I went to bed at 10 PM yesterday. I've been taking ibuprofen and melatonin to help me sleep. I take the ibuprofen because I've been having some pain in my left arm that, occasionally, keeps me from sleeping. Also, ibuprofen makes me drowsy. And the melatonin is a natural sleep aid. So the two together ensure that I'll be falling asleep quickly. I'm tired (i.e. sleepy) all the time, but I do occasionally have trouble actually falling asleep. Like so many people, when my head hits the pillow my mind starts to race, thinking about seemingly everything going on or that has gone on in my life!

I slept until noon, and don't recall the two-hour intervals of sleep that usually make up my night. In other words, I slept better than normal.

I can't find my "blue lobster" (which is actually a blue crawfish) in its tank anywhere. It's only a 10-gallon tank, and there's nowhere to hide, so I suspect he managed to climb out. If he did, he then fell somewhere (to the ground?). I have looked around the tank for him but can't find him. I suspect one of the cats found it and he's gone to crawfish heaven. He hid like this once when he was in the 55-gallon tank, but he eventually showed up again. I hope I'm just not seeing him but, like I said, it's a small tank. Crawfish are known for climbing out of their tank if it's possible. I thought it wasn't. Maybe it was. 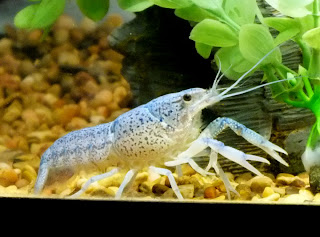 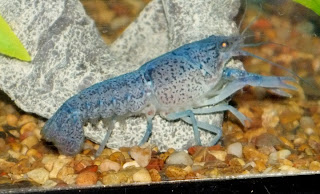 There's a big storm just starting. I appreciate it because it give me a reason not to have to do any outside work!

The storm is here now. LOTS of rain. And wind. Satellite TV signal is gone. Can't get any webpages to load, so I guess the storm is affecting the internet connection, somehow. I already had this page up when the Internet went down, so I can keep typing. I just can't publish until the Internet comes back. Can't upload the pix of my crayfish until then, either.

Ah, the Internet is back.